Woman gets eye color surgery in Panama and goes blind 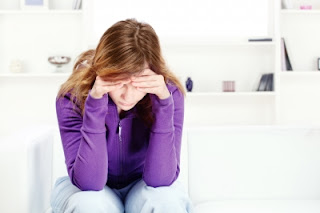 The "Ask a Doctor of Optometry" facebook page has unearthed another news item concerning the dangers of the risky methods that some people in the globalized Internet age use to access medical care and medical products.  The first was a story of a Toronto man who purchased contact lenses online only to have them peel off a chunk of his cornea.

Now comes the story of Toronto artist, Beatriz Murillo, 36, who went to Panama for medical tourism.  She went to get an iris implant to change the color of her eyes. The surgery is not available in Canada or the United States.  Now she is legally blind and has undergone three followup surgeries including a corneal transplant.  "I'm an artist and I'm afraid I'm never going to be able to paint again," the woman was quoted as saying.

Anyone considering surgery in a foreign country, especially for cosmetic reasons, needs to get the advice of a doctor in their home country before they make a decision.  Obviously, medical tourism can turn out very badly.

Another issue is the drain on the Canadian medical system caused by this medical tourism tragedy.  This patient had three surgeries one of which was a corneal transplant.  Some other patient could have used that cornea and other patients could have occupied the hospital beds and surgeon's time. This waste of taxpayer money could have been avoided if this patient talked to her eye doctor first.  It seems quite ill-advised to go to a foreign country for a medically unnecessary cosmetic procedure that is not available at home.  Presumably it is not available at home for a good reason.

As for changing the color of your eyes, color contact lenses are the only safe way.  There is a doctor in California who claims to have come up with a 20 second laser surgery that can turn brown eyes blue but I don't think that the procedure's safety and long term effects have been evaluated.  I identified some potential risks and drawbacks to such a surgery in a previous post.