Why Apple's iphone 5s and iOS7 make people dizzy, motion-sick and nauseous - you may have Neuro-Ocular-Vestibular Dysfunction 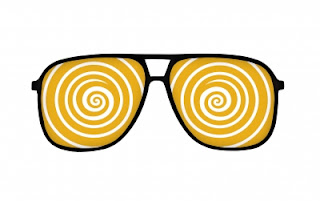 Many Apple iPhone users are complaining that the new iOS7 operating system makes them dizzy, sick and nauseous.  In one article from ABC News, users are reported as experiencing the following symptoms:

One user says "It hurts my eyes and makes me dizzy. So annoying that we can't downgrade!!!!" Another writes, "I had severe vertigo the minute I started using my ipad with ios 7. Lost the rest of the day to it... And not happy at all. It's the transition between the apps flying in and out."

People are experiencing a form of motion sickness caused by the transition animations in iOS7. They may have unwittingly diagnosed themselves with a vision or eye movement problem.

We treat many patients for a problem called Neuro-Ocular-Vestibular Dysfunction (also known as "see-sick syndrome" or "supermarket syndrome") where they experience motion sickness like symptoms arising from dynamic visual stimuli, even when they are not in a vehicle.  The visual stimulus of a super-market, stripes on a shirt and now perhaps even the iPhones iOS7 operating system can trigger motion sickness type symptoms.

The problems often arises from binocular vision disorders - eye movement problems where the eyes do not work together as a team properly. Studies have shown thatvertigo and dizziness is an underestimated symptom of eye and vision disorders.

The fact that vision and eyes are an under-recognized cause of dizziness, vertigo and motion sickness means that many people spend a year or more seeking help from various doctors who fail to diagnose the problem before finding an eye doctor who can zero in on the cause. One recent case found us one when she went to her optometrist after consulting various doctors for over a year. The optometrist found that the patient's eyes were misaligned, a condition that commonly causes the dizziness and vertigo-like symptoms she was experiencing. The patient was referred to our Vancouver eye clinic for treatment.

Dynamic adaptive vision therapy is an effective treatment for see-sick syndrome. Vision therapy relies on the principle of neuroplacticity and involves a doctor and therapist treating the patient with exercises and special equipment to "re-wire" the eye-brain connection and improve visual skills. In this way, vision therapy is similar to speech therapy or occupational therapy but focused, of course, on the eyes and visual system.

Vertigo is often a symptom of eye disorders - See for Life
Apr 20, 2013
As we see more and more patients in our Vancouver optometry clinic with vertigo caused by eye disorders, we are reminded of an important study that was published on the topic over a decade ago by researchers from France ...

New iOS 7 update making some users dizzy
Detroit Free Press
Apple customers have taken to Apple message boards and Twitter to complain that the flashy graphics in the new operating system for the ...

Posted by Vision Source Vancouver Optometrists at 6:30 AM